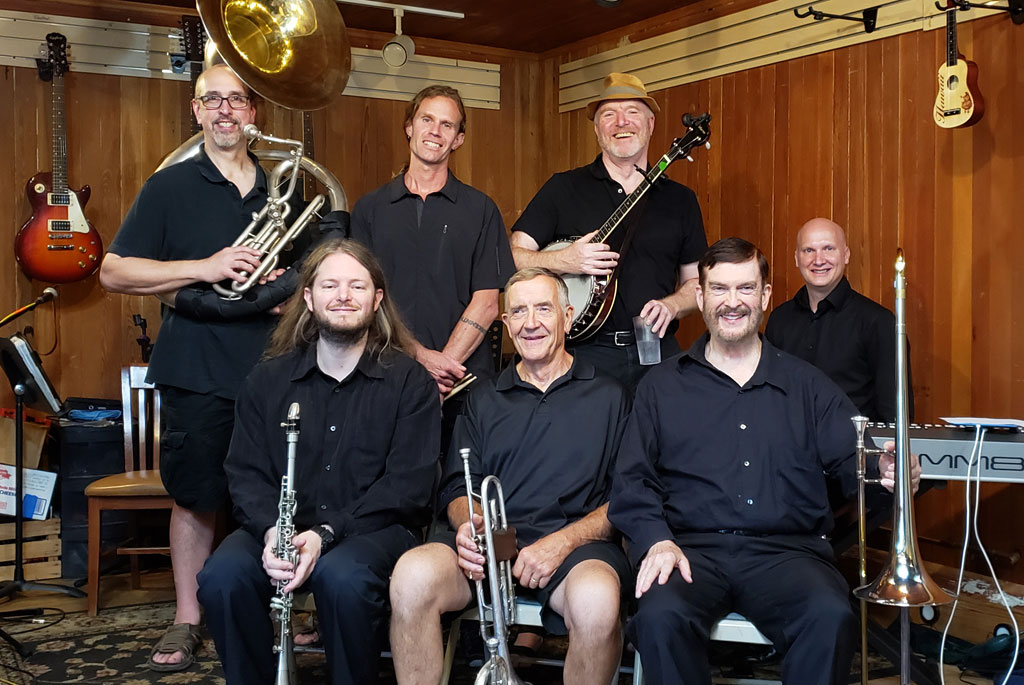 The Stone Arch Jazz Band plays the soul touching old music known as Traditional Jazz (close to how it was played in New Orleans around 1900-1930) in the Minneapolis/St. Paul area.

For updates on our performances, please check our Facebook page.

“Folkestone thoroughly enjoyed the performance by the Stone Arch Jazz Band! I have had so many residents tell me to make sure to have them back again real soon. Every single person listening was engaged & smiling and the solos by each of the band members were a lot of fun! This band is perfect for any toe-tapping event, not just Mardi Gras!”

Danessa Weiss, Director of Life Enrichment at Folkestone in Wayzata

“We were so pleased to have The Stone Arch Jazz Band perform during our 2016 Jazz Fest. They were just the perfect band for the night!”

“I have never had the pleasure of meeting Richard Lund or The Stone Arch Jazz Band but he has corresponded occasionally with me by e-mail. So I know he has been keen for several years to establish and play in a traditional jazz band of this kind. And at last his ambition has been comprehensively achieved.

It is clear from their videos that the Stone Arch Jazz Band have rapidly developed into a group of good musicians who play the music in a tasteful and very enjoyable manner. I like the teamwork and the respect they give to the melodies. It's good old-fashioned jazz such as was played in the dance halls of New Orleans early in the Twentieth Century. The playing is unpretentious and there is no mere exhibitionism, though the players show (when improvising solo choruses) that they are technically very skilful and can play with great fluency.

Incidentally, I also like the choice of name for the Band because it is memorable and it alludes to the famous Stone Arch Bridge (built in 1883) which is an important feature of the Band's home town – Minneapolis.”

“The Stone Arch Jazz Band is fantastic! Richard was a delight to work with. The whole congregation - from our littlest kids to our teens, from young parents to older adults - enjoyed the whole morning. This is not just a group of highly talented individuals, this combo is a blast!”