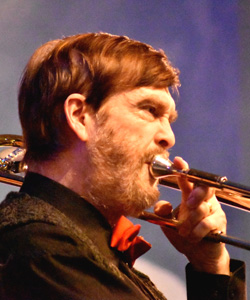 Glen is a multi-instrumentalist, singer, composer and arranger. He enjoys the opportunity for creative expression that Dixieland music brings, regardless of which instrument he’s playing. Glen’s mother started teaching him piano before he was five, and his brother showed him the basics of trumpet playing before he joined the school band program in 4th grade. He added trombone, bassoon, guitar, and a whole bunch of other instruments to his instrumental repertoire by the time he was in junior high school. In college, Glen pursued a technical career, earning his Ph. D. in Computer Science, but he always kept music as a hobby.

Besides his Dixieland instruments (helicon bass, trombone, cornet, and tenor sax), Glen regularly performs on euphonium with the Sheldon Theatre Brass Band and bass trombone with the Minneapolis Trombone Choir, two of the ensembles that have performed his compositions and arrangements. He also sings in the Rosetones vocal quartet with the Roseville Big Band and two caroling quartets.

Glen met fellow Stone Archers in other musical contexts and is thrilled to be performing together with them. In 1989, he became the leader of the Roseville Big Band. Dan joined the RBB in 2008. In the 1990’s he met David, who was assistant director of a middle school musical for which Glen was the public access television host. He met Richard in 2015 when Richard subbed in the Lazy Does It traditional jazz band, another group Glen plays in. And he is delighted to add Jonathan and Shannon to his expanding circle of musical friends. 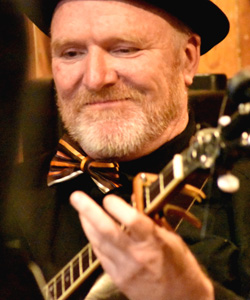 David West helped found another New Orleans Style Jazz band-- Store Bought Hair, cavorts with the church band every Sunday at Walker Community Church, enters the Battle of the Jug Bands every February under the name of Careless Lovers Union Band (which is the reigning runner up in the Pancake League), plays baritone ukulele and composes songs for the Fireroast Mountain Boys and learned most of the old songs he sings from his dad. In his spare time he prepares a free community meal on the first Tuesday of each month at the Walker Community Church and enjoys hiking the North Shore Trail. He teaches media at Southwest High School, married well and raised a fantastic young musician. 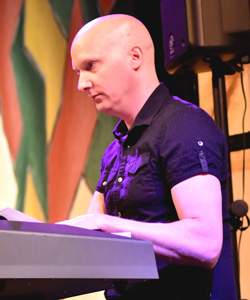 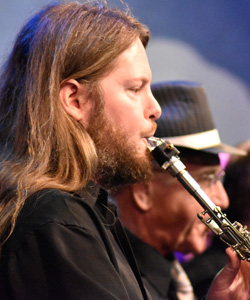 Richard first heard this exciting music called Jazz when he was 16. He soon after joined his school's Dixieland Band and played with them for 8 years. Today, many years later, Richard has played with various Traditional Jazz Bands in the Minneapolis area and is a member of the Mouldy Figs and the Pig's Eye Jass Band. He gathered further playing experience and encouragement during three trips to New Orleans over the years. In December 2015, he started the Stone Arch Jazz Band. 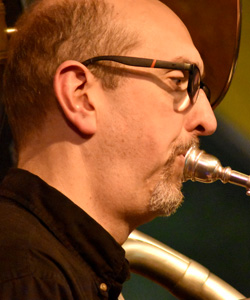 A tubist and a guitar player since elementary school, Jason has played in a very wide variety of ensembles including rock, old-time, and brass choir, but his love for all flavors of Jazz has remained constant. He is also the guitarist for the Roseville Big Band. His early Traditional Jazz experience came from playing tuba with the Centennial Stompers. Through the contacts Jason made there, he started subbing in other bands, including the Stone Arch Jazz Band. He hopes that his recently acquired 1928 Holton sousaphone adds to the Stone Arch mystique.

While a student in the School of Music at the U of M, Jason met his wife Amy, and they have produced three very musical offspring. Jason and Amy graduated from U of M with degrees in music therapy, so (as you might guess) they both work in information technology.